According to recent quarterly filings from Amazon, revenue from advertising is growing like crazy. The reason why may seem obvious but there are a few underlying micro-economic reasons why Amazon’s advertising revenue will grow to outpace that of Facebook and Google.

The biggest reason is the fact that Amazon’s ads directly affect the organic rankings on their website. What sets Amazon apart from other platforms is the ability to influence your organic rankings and exposure on the site with PPC ads. This means, the more you pay, the better optimized your ads, the better your product will rank. The two huge ranking factors AMS (Amazon Marketing Services) affects are Best Sellers Rank and conversion rates. The strategy for new products on Amazon is to break even or possibly lose money in order to improve your rankings. You can also try getting those precious first few reviews this way but we recommend running ads after getting a review so you can have a better converting product listing. As Amazon grows its market reach, more and more people will be competing for ads which makes bids higher and thus more revenue for Amazon.

The next, least obvious reason is the diversification of Amazon’s products. Their are advertising opportunities in their app store, prime video, Pantry/Fresh, and even the potential for advertising with delivery. Let’s say you want to rank your product or content higher on these platforms, Amazon has the potential to commoditize rankings and exposure similar to their marketplace ads. This happens on competitor app stores currently so it’s a matter of time before it happens with Amazon.

Amazon is still a pretty U.S. centric marketplace but it’s expanding internationally at a rapid clip. They are attacking the European market with force and soliciting sellers to publish their products abroad. It’s enticing since current sellers are likely looking for new revenue streams as competition on Amazon.com gets stiffer. Look for Amazon to focus going further abroad in Asia as they are already creeping into Australia and South America.

Chinese investment into Amazon is unlike any other platform… more than Google and Amazon by my calculations. I ran some numbers (see chart) and it looks like Chinese marketing spend on Amazon is the third highest among all U.S. platforms ($2.5 Billion; AdAge). I’d like to caution that when dealing with Chinese statistics, it’s difficult to know you’re getting accurate numbers but anecdotally, I see the most interest in Amazon from Chinese corporations. AdAge also says Facebook is the highest digital marketing spend US marketing spend. Surprisingly, Google comes in 2nd with $3.8 Billion (according to DigitalInAsia.com) in advertising spend from China.

All in all, I wouldn’t be surprised to see Amazon get bigger and bigger. They are uniquely positioned to get more advertising revenue as well as be at the forefront of the autonomous vehicle revolution. If you’re already advertising on Amazon, look for it to get harder and harder to find great ROI. This stage in the advertising life cycle isn’t as mature and difficult as Google Adwords but I would give it another year or two before it’s equivalent. Make hay while the sun shines, Amazon advertiser!

Jungle Scout Review – Is It Worth the Money?

Can Jungle Scout be helpful? Yes, but there are some dirty little secrets about Jungle Scout you should know before you buy, including why you don't need it and how you can get all the features Jungle Scout gives

This is a transcript from this video on YouTube. What’s up, guys? Ryan here. Today, I wanted to make a video talking about an Amazon FBA Reimbursement Recovery Service called Seller Bench which I really love. I saw an

People are making millions of dollars thanks to Fulfillment by Amazon (FBA). If you’re looking to become an Amazon seller and reap big profits, you’ve come to the right place. We’re here to help you break into Amazon’s FBA 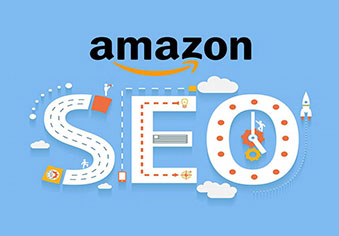 Is Google losing to Amazon

There was a time when Google was the end-all be-all of the internet. If you were researching, buying, etc, you went to Google. By some estimates, Google had almost 80% of total search market share. Since then, Google's share

According to a recent CNN article, "Prime members already get free shipping on all eligible orders with no minimum required, but without the holiday promotion, non-Prime shoppers must spend at least $25 to land free shipping." [caption id="" align="alignright"

Check Out Sam on the Ecommerce9 Podcast

We discussed all kinds of Amazon related topics. There is lots of good information regarding starting on Amazon, marketing and PPC, as well as general digital marketing.

You're a vendor on Amazon, congrats. This means you've caught the attention of Amazon in one way or another and you're able to generate a media rich listing that will convert at a higher percentage than a regular Seller 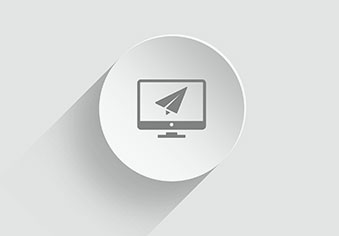